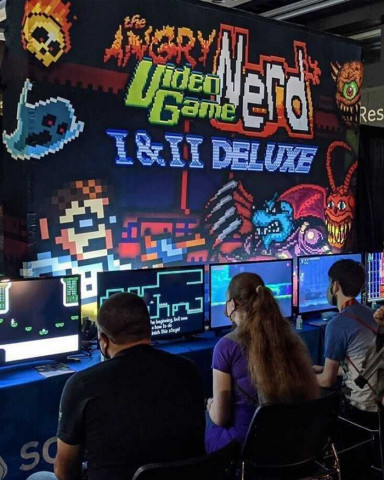 We will then take your top three games over the weekend and we will be giving out a cash prizes:

Make sure you stop by and check out all the great indie games this year and find your new favorite game! The following games/studios will be participating in this year’s Indie Game Showcase:

Want to play the games longer than at the booth? These companies will be demoing their games in the Console Freeplay area of Hall D: SwipeScape & The Paper Game, Scarlet City of Devils, Below the Stone, KungFu Kickball, Carpathian Night, Star Trapper FX, Ahh! Chute, HitCents, Retromania Wrestling, and Fight.EXE.

Don’t miss out on demo’s for these indie board games happening in the Tabletop Arena in Hall B. Each of these games have scheduled demo’s – check the schedule for times.