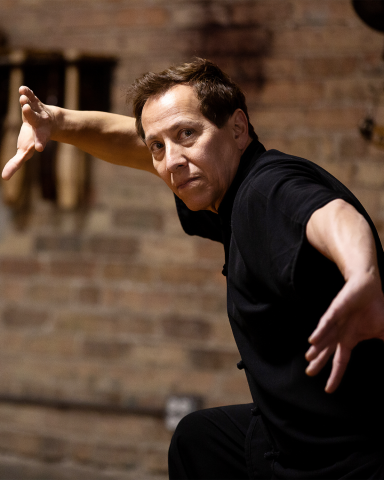 Martial Arts Master Daniel Pesina featured in the game Mortal Kombat as Johnny Cage, Scorpion, SubZero, Reptile and Smoke and collaborated with the development of all the earlier characters in the Franchise. He also performed stunts in TMNT II.

Meet and greet times will be released closer to the event.

Join us at the TooManyGames Final Boss After Party – only available to Final Boss ticket holders. You will be able to participate in a panel presented by Daniel, followed by a screening of the 1995 Mortal Kombat movie. You will also enjoy a small drink and popcorn during the event. This will be your ONLY chance to see a panel by Master Daniel Pesina at TooManyGames.

The Final Boss After Party will have a limited amount of tickets available, get yours today.