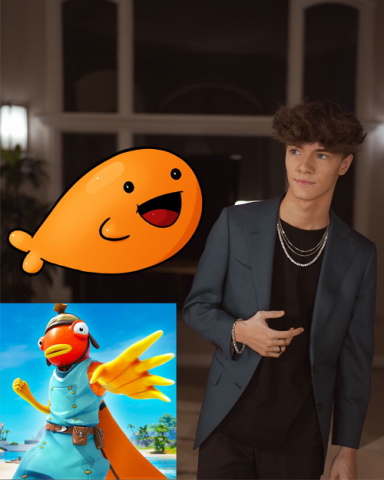 With more than 11 million followers, including over 6.5 million on his main YouTube channel, Tiko has become one of the biggest stars in the creator community! YouTube acknowledged Tiko as one of 2020’s top 10 breakout creators on the planet and the #5 overall creator in the US. Known for his cute kid voice, Tiko has created hundreds of videos that have generated over one billion views, and his original music has been streamed over 350 million times. His most popular song, Fishy on Me, has appeared on the Spotify playlists Global Viral 50 (#4), US Viral 50 (#2), and others. Tiko released his first album, Wave, in February of 2022, and it has already been streamed over 20 million times with the song Stressed Out spending over 3 weeks at #1 on Spotify’s Indonesia Viral 50 playlist. As a gamer, Tiko focuses on Fortnite but also produces Minecraft, VR, and IRL content. Tiko’s unique ability for developing compelling story lines while connecting with his fans, creates a strong sense of community and a tight-knit network of fishy followers!