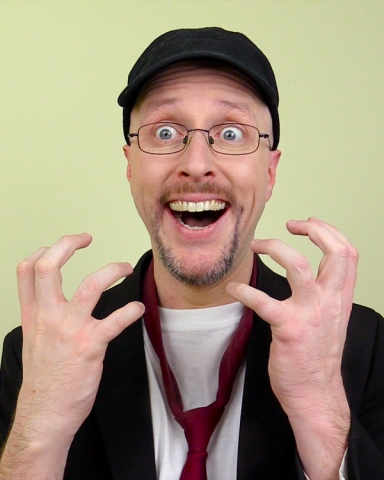 Doug is best known for his character the Nostalgia Critic from Channel Awesome, who reviews movies and TV shows connected to childhood. He’s also noted for having a long standing “rivalry” with The Angry Video Game Nerd. He’s appeared on PBS, Entrepreneur Magazine, New York Times, 20/20, Rifftrax, Honest Trailers, Cinema Sins, and was awarded Entrepreneur of the Year at the Mashable Awards as well as one of the Best Youtube Critics by WatchMojo.com. He’s performed with Mike Nelson, James Rolfe, Corey Taylor, Mara Wilson, Dante Basco, Andre Meadows, Rob Paulsen, Maurice Lamarche, Don Bluth, Tommy Wiseau, Greg Sestero, Lloyd Kaufman, and has been praised by Roger Ebert. His image even appeared in the anime Zettai Karen Children. He’s more than a God, but less than a man…or is it the other way around? Either way just watch him! He clearly needs the attention.

Prints are $20, selfies are $20 for charity, anything you bring to sign is free