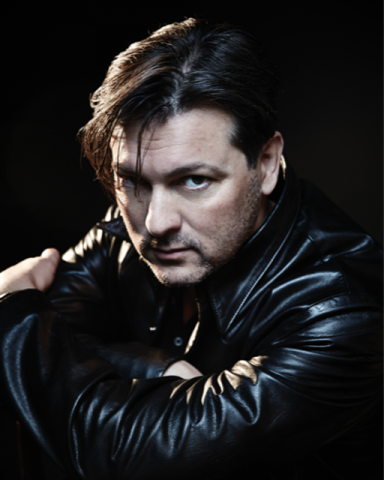 Born in Santa Monica, California, David Hayter spent the first eighteen  years of his life traveling the world while picking up the Japanese and French languages.  After graduating from high school in Kobe, Japan,  Hayter went on to study theatre at the prestigious Ryerson Theatre School in Toronto.

A seminal figure in the 21st century wave of comic-book cinema, David Hayter’s films have amassed over one billion dollars in Worldwide Box Office.  His screenwriting credits include the feature films, “X-Men”, “The Scorpion King” and “X2 : X-Men United”.  He also penned the script  “Watchmen”, directed by Zack Snyder for Warner Bros. Studios.

As a producer, he created the film “Burn” with Bryan Singer, and the pilot episode of “Lost in Oz, for Warner Bros. Television.

As an actor, his credits include the lead in the sci-fi film “Guyver: Dark Hero”, the voice of Captain America on the “Spiderman” animated series as well as a decade-long stint in the role of Solid Snake in the hugely popular ”Metal Gear Solid” video game franchise.

Note about guest appearance
Schedule will be available closer to the event. The guest will have at least one panel and will be signing and meeting fans at their table all weekend long.

Autographs will be $40 each.