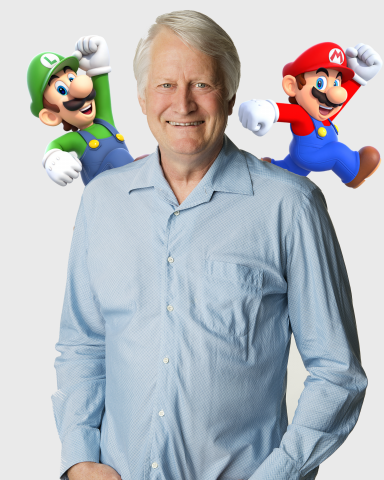 Charles Martinet is an American actor and voice actor. He is best known for voicing Mario in the Super Mario video game series. Martinet voices Luigi, Wario, Waluigi, Baby Mario, and Baby Luigi in the Mario franchise as well. Another notable voice he’s done would be the dragon Parthanax in the popular video game Skyrim. Also in 2022, the most recent Dragon Ball movie, Dragon Ball Super Super Heroes he voiced the villain Magenta.

Note about guest appearance
Schedule will be available closer to the event. The guest will have at least one panel and will be signing and meeting fans at their table all weekend long.

Charles will also be selling selfies and combos at his guest booth. Prices will be posted at his booth.