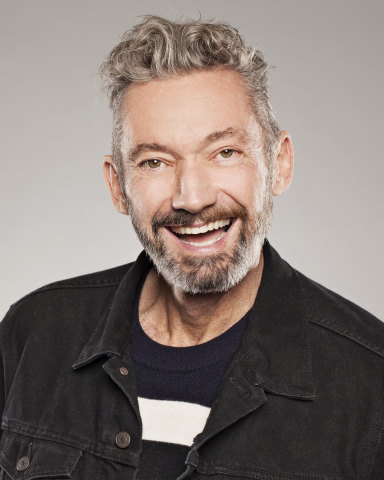 Cam Clarke is a prolific American voice actor and singer, well known for his work in animation and video games. Clarke is well known for providing the voices of Leonardo in the original Teenage Mutant Ninja Turtles animated series and Shotaro Kaneda in the 1989 original English-dub of Akira. He often voices teenagers and other similarly young characters. He also voices Liquid Snake in the Metal Gear video game series.

Cam began his acting career  performing with his family on the musical variety show, The King Family . He continued to perform with his family on various TV specials until the 1980s when he got his first voice acting roles in the animated shows Snorks and Robotech. Clarke was taught by established voice actor Michael Bell. Clarke is best known for his roles as Kaneda in Katsuhiro Otomo’s Akira (Streamline-dub), Max Sterling and Lancer in the 1985 Robotech series, Rigadon in Around the World with Willy Fog, Dogtanian in Dogtanian and the Three Muskehounds, Leonardo and Rocksteady in the Teenage Mutant Ninja Turtles animated series, and Liquid Snake in the popular Metal Gear Solid series of video games.

Clarke is also the voice of Prince Adam and He-Man in the 2002 version of He-Man and the Masters of the Universe TV series. He is also known to RPG fans as Ryudo in Grandia II, Kratos Aurion in “Tales of Symphonia” and Will Raynard in “Tales of Legendia.” He voices the male Blood Elf in World of Warcraft: The Burning Crusade. He uses a voice similar to Liquid Snake’s for this portrayal.  He is also many of the male characters on Monster High, and the skater cartoon, Grinders.

To date, Clarke has voiced over one hundred titles. Cam is easily recognizable by his distinct voice which can fluctuate from adolescent sounding (Leonardo) to deep and soothing (Kratos) and to a faux British (Liquid Snake). Also acts as Pavel – In the popular Neverwinter Nights PC release.

Note about guest appearance. Schedule will be available closer to the event. The guest will have at least one panel and will be signing and meeting fans at their table all weekend long.

Autographs will be $30 each.

Combo Autograph and Photo will be $40 each.