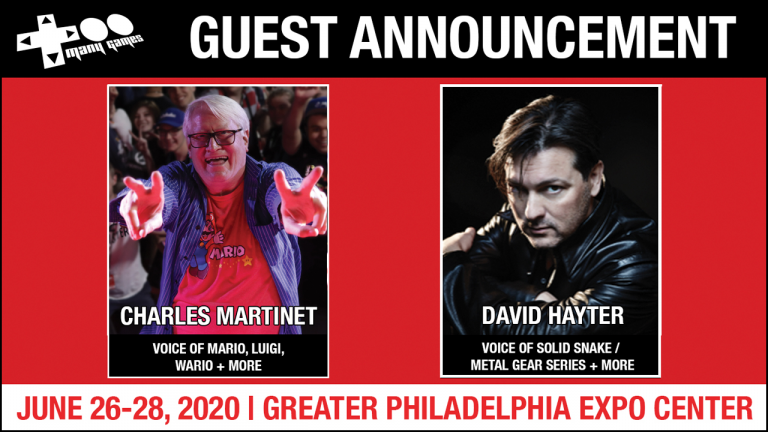 We are excited to make our first guest announcement for the 2020 show!

Charles Martinet will be returning to TooManyGames this year! Charles Martinet has voiced Mario, the title character in Nintendo’s flagship video game franchise, since 1995. He also voices Baby Mario, Luigi, Baby Luigi, Wario, Waluigi and Toadsworth. Autographs and selfies will be between $25-40. He will be appearing all three days of the convention.

David Hayter will be making his debut at TooManyGames this year! David voices Solid Snake in the hugely popular ”Metal Gear Solid” video game franchise as well as other Metal Gear Solid voices. Autographs will be $40 and selfies will be $20. He will be appearing all three days of the convention.

Check back soon for more guest and band announcements!