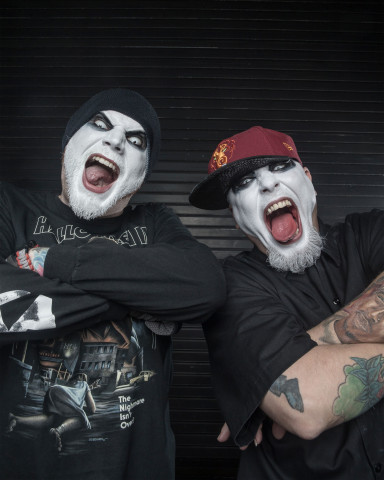 Since forming in 1997, Twiztid have changed the face of music, redefining the relationship between rap and metal while pushing the limits of lyrical creativity. By remaining true to underground culture, they have built an international movement: Despite receiving little mainstream airplay, every album they’ve released has reached the Billboard album chart.

Their last album Generation Nightmare charted on both the Rap and Alternative Billboard charts. The duo have also created and co-produced a comic book series titled Haunted High-On’s as well as their own pop culture convention Astronomicon.